Sicily’s Best Beaches Sicily’s 1,000kms of coastline has something for everyone including golden sandy beaches, pebbly coves, unspoilt nature reserves and bustling seaside resorts. From the Tyrrhenian coast in the north to the Mediterranean coast in the south and the Ionian coast in the east, Sicily has some excellent beaches. If it’s a long sandy […] 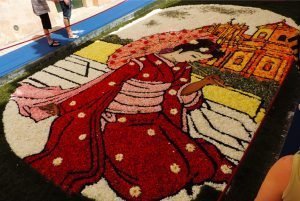 Sicilian Flower Festival There are many festivals created for many reasons, but surely the Infiorata di Noto, the Flower Festival that takes place in the charming city of Noto in Sicily, is one of the best worldwide. It certainly ranks among the most colourful, since it is resplendent with flowers of all kinds. Perhaps it […] 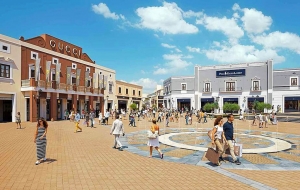 Shopping in Sicily You’ve probably heard of outlet villages before, and maybe even been to one or two. The chances are right though that you’ll have done this at home rather than in another country. That’s why you may want to find out more about the Sicilia Outlet Village, a destination in Sicily that draws […]

A Cultural Tourist Park That’s Drawing in the Visitors If you’re an artist and you’re planning a visit to Sicily, there is surely no better experience than the one offered by the Farm Cultural Park. Located in Favara, Agrigento, near the southern coastline of the island, this charming attraction offers an art gallery as well […]