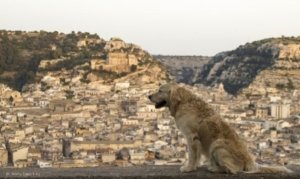 The Story behind Italo Barocco Last summer Massimo and his family were visiting the UNESCO listed baroque hill towns of south-east Sicily. It was there that they were told a story which really appealed to them.  It was the story of Italo, a stray dog, which was adopted by the citizens of Scicli. His story […]